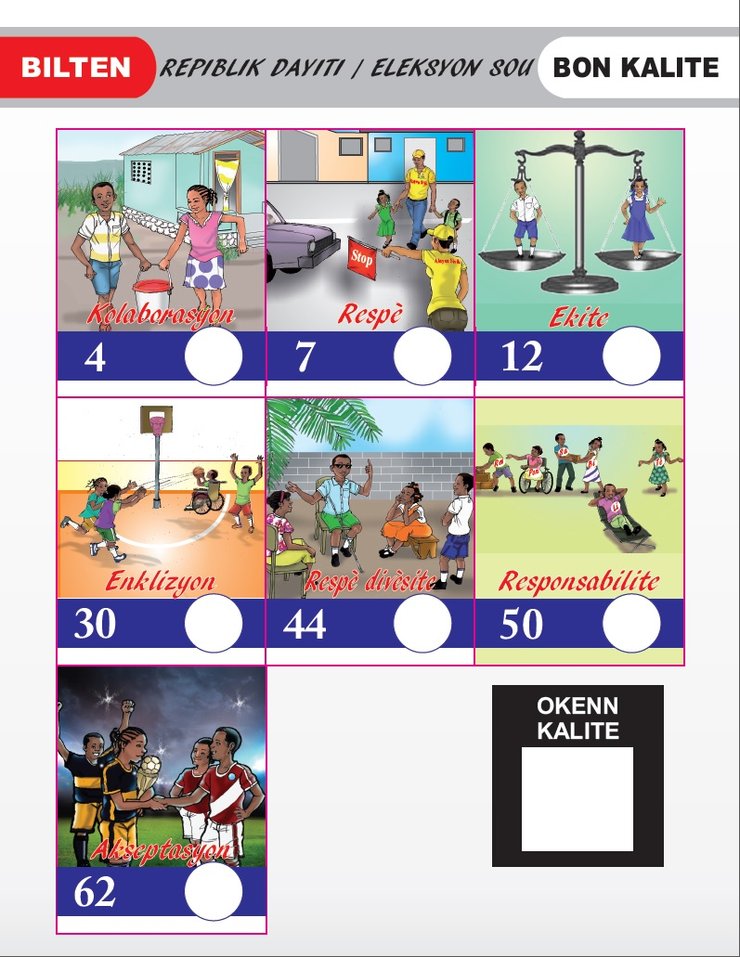 On November 15, 2016, the International Foundation for Electoral Systems (IFES) organized pilot mock elections in three high schools in Haiti. The mock election exercise was led by IFES Civic Engagement Agents (CEA), who briefed participants on the electoral process in Haiti, and the main steps of the voting process. Immediately afterwards, students were asked to participate in a mock election exercise, where they were given the opportunity to act as poll workers or voters. Participants voted using a ballot, which is in Haitian Creole and has pictures, containing seven democratic and civic values. Students were asked to vote for the value they considered to be the most important. The ballot included images of persons with disabilities engaging in civic life.

Nurturing Democracy in Schools Contributing a Voice Voter's Bill of Rights Voting Process Factsheet on Voting Easy Read Political Party Manifestos I have the right to vote Advocating for rights-based language Why Sign Languages Matter for Electoral and Political Rights: New Tools to Engage Deaf Communities Voting on Election Day
Thank you for helping us.