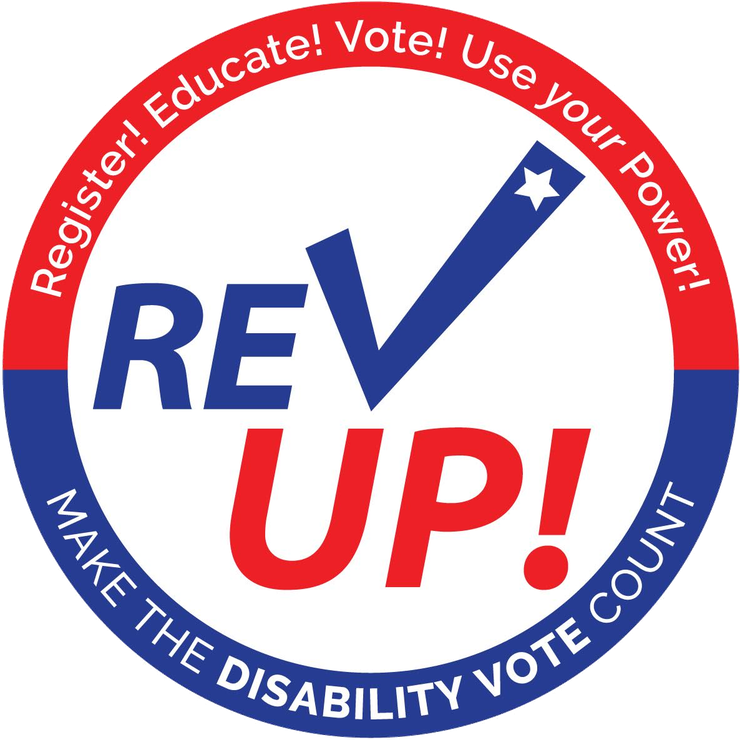 In advance of the 2016 presidential election in the United States, the American Association of People with Disabilities (AAPD) is leading a new voter registration and mobilization campaign called "Register, Educate, Vote and Use your Power", or REV UP.

Nurturing Democracy in Schools Contributing a Voice Voter's Bill of Rights Voting Process Factsheet on Voting Easy Read Political Party Manifestos I have the right to vote Advocating for rights-based language Why Sign Languages Matter for Electoral and Political Rights: New Tools to Engage Deaf Communities Voting on Election Day
Thank you for helping us.